The Secret Tips and Love Advice for the Virgo Man

If the Virgo male had to be summed up in a single word, it would be “practical.” He sees things as they are, with no sugar coating. Virgo is a down-to-earth, hard-working guy who sees no need for the outpourings of emotion. If he has strong feelings about something, he usually keeps them to himself. Likewise, he tends to prefer the company of others who are similarly reserved.

This doesn’t mean that Virgo can’t form strong attachments. He can and does, but he does so slowly and carefully. It usually takes him a while to fall in love, but once he’s truly smitten, he’s in it for the “long haul.” Once the Virgo male has committed to a relationship, he is forever loving, patient and supportive.

The typical Virgo is usually very intelligent and appreciates and admires this quality in a potential mate. He’s actually a male who will love you for your mind. On the negative side, Virgo can be intensely critical and territorial. Once he learns to completely trust a lover, however, he’s dedicated, caring and faithful.

Finding and Keeping the Virgo Man 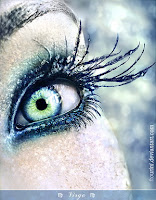 If you’re interested in meeting a Virgo man, forget the local bar. Virgos eschew loud, crowded places and instead prefer quiet venues where they can enhance their mind. They have an immense thirst for knowledge. With these things in mind, you might try libraries, museums, historical sites and planetariums for potential Virgo encounters.

The Virgo man has simple, yet specific tastes in mates. He has little use for loud, rude people and is rarely attracted to “bimbos,” at least when it comes to serious relationships. He’s much more attracted to women who dress fashionably, yet conservatively, and who actually know how to think and reason. He has no time for silliness or insincerity. To catch his eye, be polite, sincere and soft spoken. Let him know that you’re interested, but do so subtly. If you shower him with too much attention too soon, you’ll scare him away.

Once you have his attention, you might find it difficult to keep. Virgos are often loners, and they survive bachelorhood better than most men. Keep him interested with new ideas. Let him know that your mind is always working, and that you enjoy learning and sharing new things.

The Virgo male is willing to give his all in a relationship, but he expects the same from his partner. Virgo is somewhat of a “neat freak,” so make sure your appearance is always tidy. Keep a neat home, too, and never give him any reason to mistrust you. Virgos generally are not the breakup and make-up type. Once he’s done with a lover, he’s done, and no amount of tears on your part will convince him to give it another try.

The Aries woman and Virgo make for an interesting couple if they can make it work, but the odds aren’t great that they will. While both are straightforward types, the Ram is just too flashy and extravagant for practical Virgo. She’s spontaneous and carefree, while he’s cautious and responsible.

The Virgo man and Taurus woman are two signs that definitely play well together. They’re both practical, no-nonsense types who will work hard together to create a comfortable life. The only problem that might arise is when the Bull “smothers” Virgo with too much affection and insecurity.

Cautious Virgo isn’t likely to understand the free-wheeling ways of the Gemini woman. Neither sign is especially good at sharing feelings, so emotional communication can be a big problem.

Virgo will give a Cancer woman the stability she craves, and with her undying devotion, she’ll be able to draw Virgo out emotionally. Virgo will have to curb his criticism, however, as the Crab’s feelings are easily hurt.

The Leo woman is boisterous and flashy, always seeking attention, while Virgo is just the opposite. The Lion is not likely to look kindly on Virgo’s criticism, either, so it would take some work for a match like this one to succeed.

Having too much in common is rarely a good thing in matters of the heart. A Virgo woman and Virgo man may be so critical of one another that discord will often prevail. And since both are reticent with their emotions, things could get pretty boring rather quickly.

Virgo often sees the Libra woman as someone he could never take seriously. She’s bubbly and talkative, while he’s quiet and serious. He also may be much too critical and judgmental for her. The trick for this couple will be to get beyond these differences that seem so glaring on the surface.

The Scorpio woman is very intelligent, and Virgo will be drawn to that trait. Both signs are also practical, hard working and courageous. The Scorpion is extremely passionate, however, so she needs to be careful not to overwhelm the shy Virgo man.

While sometimes opposites attract, the differences between the Sagittarius woman and the Virgo male may be difficult to overcome. Virgo may see the Archer as careless, flighty and irresponsible, while Sagittarius might find him a bore and hate his constant criticism.

Both the Capricorn woman and the Virgo man have practical natures and tend to be realists. Both also are ambitious and will work together to achieve success. A relationship between the two might not be filled with lusty passion, but it will be one of commitment and like-minded endeavours.

The Aquarius woman and the Virgo male will be attracted to each other on an intellectual level, but that might the extent of the attraction. Both signs are emotionally aloof and the practical Virgo will find the Water-bearer too illogical.

It may seem the stars aren’t so aligned for these two signs. The Pisces woman lives in a dream world, while the Virgo man is well-grounded. Pisces yearns for romance and passion, which can be tricky – though not impossible – with a down-to-earth Virgo love interest.

Of course, you shouldn’t be discouraged if your sign doesn’t seem like the best match – and even if yours is, holding the Virgo male’s interest can be a curious challenge. Calling a professional astrologer can help. A great starting point is a detailed astrological chart, detailing traits and compatibility based on the specific birthdates for you and your love interest. Of course, the talents and tools in a professional psychic’s arsenal don’t stop there, but might also include tarot cards and runes. Get in touch with one today to learn more about your potential future with the Virgo man you desire.