The Secret Tips and Love Advice for the Aquarius Man

Aquarius is very intellectual, creative and analytical, and those born under this sign love to figure things out and discover all the inner workings of things – and of other people, too. The Water-bearer has a friendly nature, so he makes acquaintances easily. He’s also compassionate and has empathy for others. Add to these salient traits his great sense of humor, and it’s easy to see that he’s extremely likable.

The Water-bearer dislikes following rules made by others, so he prefers to make his own. He’s an individual who definitely marches to the beat of a different drum, and he’s also known for his spontaneity. Carefree and daring, the Water-bearer will try just about anything once. To the Aquarius man, life is one big adventure. Anything new excites him, but his interests are often short-lived, as he gets bored easily and is soon ready to move on to another challenge. Unfortunately, this usually has a profound impact on his personal relationships. He might have a huge circle of pals, but he rarely has many close friends, and this often holds true for his love interests, as well.

The Water-bearer typically has a real problem with commitment and doesn’t want to tie himself down with one woman when there are so many others he has yet to meet and experience. Being in love with an Aquarius man can be a roller coaster ride of ups and downs. At first, you may feel sure that you’re the center of his universe, but then he might suddenly lose interest for no apparent reason. He’s also moody – he’ll be perfectly happy with the relationship one day and depressed and gloomy the next. Once an Aquarius man does make the decision to commit, however, he’s steadfast. If you ever fully win his heart, you’ll find that he’s loyal, supportive and completely faithful.

Finding and Keeping the Aquarius Man 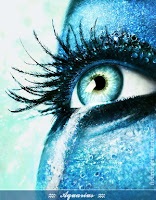 Because of the Water-bearer’s innate creativity, they admire this quality in others and might be found at art galleries, museums or craft shows. Their great compassion for others often gets them involved with various charitable causes, so you’ll likely find Aquarius men leading or participating in such events. These guys have an intense interest in anything mysterious, which provides another clue as to where you might find an Aquarius man.

Attracting a male Water-bearer isn’t usually difficult. They love meeting new people and will most likely see you as a new adventure. The problem will be keeping his attention. He may try to completely analyze you by placing you under his microscope, but don’t let this happen too quickly. Maintain his interest by always keeping him guessing, but be honest with him.

Once you’re in a relationship with an Aquarius male, never allow him to get bored. You’ll have to surprise him once in a while and provide occasional adventures and explorations. Also, allow him his space and his freedom when he needs it. If you don’t, he may feel trapped and will move on to his next potential love adventure.

Both the Aries woman and Aquarius man will understand one another’s need for freedom, and each partner will love and respect the other’s intelligence. Life for this pair will never be boring, but they may need to work a bit on staying grounded.

The Taurus woman craves security and tradition, and she won’t likely find this with an Aquarius man. Both signs are also very opinionated, so arguments may be numerous. On the other hand, the Water-bearer can add some excitement to Taurus’ life, and the Bull can bring some order to the Water Bearer’s.

The Gemini woman and Aquarius man are very similar in personality, and they share many of the same views. Each should fully understand the other’s need for adventure and and respect one another’s cognitive powers. Since they also are both so free-spirited, however, commitment could be an issue for both.

The Cancer woman may find Aquarius shallow and emotionally aloof, while the Water-bearer likely will hate the clingy nature of the Crab. These two will both need to stretch a bit out of their comfort zones to make a true love connection.

Both the Leo woman and Aquarius man love life, and together they’ll have a busy social calendar. The Lion, however, is much more passionate about almost everything and will often consider Aquarius much too lukewarm, which will be a problem if they don’t learn to appreciate what makes one another tick.

The Virgo woman is far too practical for the Aquarius man. Virgo will often see the Water-bearer as rash, unpredictable and illogical. And since neither sign is particularly affectionate or emotional, it will take some work on both parts to keep the spark alive.

Both the Libra woman and Aquarius man are creative and intellectual, with strong social skills. A Libra woman might not get all the individual attention she craves from her Aquarius lover, but with time and her immense charm, she’s likely to completely win him over.

Aquarius may never provide the Scorpio woman with the security she thrives on, and she may see him as emotionally cold, but a Scorpion and a Water-bearer will often enjoy each other’s company as friends. To take their relationship to the next level, however, she may need to readjust her expectations a bit.

Both the Sagittarius woman and Aquarius man are adventurous, daring and fun-loving. Since each sign is also very independent, they’ll understand that need in a partner and will give each other plenty of space – just so long as they are careful not to give too much space.

The Capricorn woman is often much too practical for free-wheeling Aquarius, and the Water Bearer’s flirtatious manner won’t rest well with security-seeking Capricorn. There’s also a good chance that Aquarius will find Capricorn mundane and boring. Suffice to say, it will take some work for these opposites to attract.

The Aquarius woman and Aquarius man? Two Water-bearers can enjoy an exciting relationship together, filled with fun, adventure and great conversation. Neither partner will be too jealous or restrictive, so each will be allowed the freedom he or she needs. Of course, they also share similar weaknesses and won’t be able to rely on one another to make up for their shortcomings.

The Pisces woman and Aquarius man may seem too different to be compatible. Aquarius is ruled by intellect, while Pisces is ruled by emotion. Also, the Water-bearer’s innate need for freedom can make emotionally-dependent Pisces feel insecure. If they can get beyond their differences, however, they could become the most interesting couple in their social circle.

Of all the zodiac signs, Aquarius has perhaps the biggest fear of commitment. The two of you might get along wonderfully, yet he’s reluctant to take the relationship to the next level, which can be more than a little frustrating. A professional psychic or astrologer can offer insight about what makes your Aquarius man tick and advice on how to cement a place for yourself in his heart. A professional astrologer has many talents and tools at her disposal, including numerology, tarot cards and detailed astrological birth charts – based on specific information about when and where you and your Aquarius man were born.

Your psychic astrologer will work closely with you to decode clues to your compatibility and how best to proceed. Together, you can devise a plan to help you appeal to an Aquarius man’s innermost needs and desires. And if you and your Water-bearer aren’t compatible, your gifted psychic will be objective enough to tell you so, and you won’t waste any more of your valuable time.