The Secret Tips and Love Advice for the Scorpio Man

Fascinating Scorpio oozes charm and has a personal magnetism that’s practically impossible to ignore. Women are naturally attracted to him, sensing his deep appreciation for romance and his innate animal magnetism. Somewhat of an enigma, the Scorpio’s demeanor is usually cool and calm, but inside, there may be numerous flames of passion. The Scorpion has intense feelings about almost everything, although he often does a good job of hiding them when he wants to. Scorpio men have a powerful sex drive, and they love to “explore.” He’s also very romantic, but herein lies another puzzle: he might never show his true feelings about you in public, but when the two of you are alone, you’ll be showered with his intense attention.

While the Scorpio man is secretive, he doesn’t like this trait in others. He’ll want to know everything about you and will not be satisfied until he discovers all your deepest, darkest secrets. In fact, the Scorpion has a burning desire for knowledge of any kind. This intelligent sign wants to learn all he can about the world, and especially about people. He closely examines potential friends and lovers before deciding whether or not they’re worth his time. If the Scorpion doesn’t genuinely respect someone, he will never allow the person into his “inner circle.”

Scorpio can be extremely moody, and he has an explosive temper. Fortunately, he usually gets over his rages quickly. Nothing stokes his ire as much as anyone or anything that threatens what he considers as his. He’s the type who forgives, but he never forgets. The Scorpion is also fiercely protective of his loved ones and usually feels that it’s his appointed duty to keep them safe and well cared for. If Scorpio cares about you, he’ll defend you to the end and will be the most loyal friend you could imagine.

Finding and Keeping the Scorpio Man 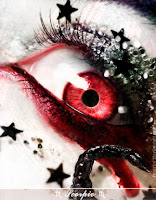 Because Scorpios have so many interests, you might find them almost anywhere. They love a luxurious lifestyle, so look for them in the best restaurants, the most stylish clothing stores and the most fashionable clubs. The Scorpion is a natural leader who loves to manage others, so you might find one working as a CEO or in the role of leading some cause. Anything mystical or mysterious will grab Scorpio’s interest, so he might frequent stores that cater to astrology, UFOs, magic, Bigfoot or any other of the world’s mysteries.

To attract a Scorpio man, don’t be too flashy or provocative in the way you dress. Remember, he likes a sense of mystery, so don’t reveal too much. Show him that you’re interested in a wide range of subjects and that you enjoy pondering the secrets of the universe. Once you’re in a relationship with a Scorpio man, try your best to keep him guessing and on his toes. He usually bores rather quickly, so hold his attention by gradually feeding him bits and pieces of information about yourself. Always be honest, however, and never lie to him about anything. Also, never give him any reason to doubt your fidelity, as even harmless flirting on your part can throw him into a temper tantrum. Once you’ve lost the trust and respect of a Scorpio man, you might never regain it.

Scorpio will share a lot of physical chemistry with the Aries woman, but their personalities may clash. The Ram often is too dominating for Scorpio’s taste. Also, she’s a natural flirt, which can be a problem for the possessive Scorpion.

The Scorpio man and Taurus woman both tend to be hard-headed and somewhat stubborn, so arguments are bound to arise. On the other hand, the Scorpion and the Bull will each have a deep respect for the other, and they’ll enjoy a deep sense of commitment and loyalty in their relationship.

The Gemini woman will need to reign in her flirtatious and outgoing nature if she’s going to build a lasting relationship with suspicious Scorpio. The Twins are also flighty and capricious, which Scorpio may interpret as immature and superficial, if Gemini doesn’t make the effort to show him otherwise.

The loyalty, passion and sense of duty of the Cancer woman are bound to impress the Scorpio man. Both signs are romantic and emotional, so there will be no lack of passion. The Crab will feel safe and secure with her Scorpion, while he will feel totally adored and admired.

Both the Scorpio man and the Leo woman are notoriously dominating. With each aiming to control the other, it will take some work to negotiate the constant battle of wills. The Lion also thrives on flattery and admiration, which Scorpio may be reluctant to provide.

The Scorpio man and Virgo woman can build a solid relationship if both partners are willing to compromise. The Scorpion’s dynamic personality may sometimes make timid Virgo feel overwhelmed. He’ll often see her as far too practical, while she’ll find him too intense at times.

There will usually be a strong initial attraction between the Scorpio man and the Libra woman, but it might take some work for a serious relationship to grow. The Scales will feel much too confined by the possessive Scorpion, and he’ll have trouble understanding her light-hearted approach to love and romance.

A relationship a Scorpio man and Scorpio woman will be one of intense passion and romance. Each will fully understand the emotional needs of the other. Problems can arise, however, when both partners feel that they’re right and the other is completely wrong, causing some heated arguments.

The Sagittarius woman is a free spirit who is seldom serious about anything, while Scorpio is the exact opposite. The Archer prefers to have casual friendships with a wide range of people, while the Scorpion prefers deep, meaningful relationships with a handful of people. So, both will need to step outside of their comfort zones if they are to find common ground.

It could be a rocky start for the Capricorn woman and Scorpio man. The Goat often lacks the passion Scorpio thrives on. But if Scorpio takes his time, he may get her to open up and share her feelings with him, which can be the beginning of a strong relationship of respect, trust and loyalty.

The Aquarius woman runs on intellect, while Scorpio runs on emotions. He’ll admire her intelligent conversation, but he’ll have trouble understanding her emotional detachment. The Water-bearer will feel trapped and smothered by the Scorpion’s jealousy and domineering nature. Of course, that doesn’t mean a love connection is impossible, just that it may take some work.

The Pisces woman and Scorpio man often bring out the best in each other. The Fish’s understanding nature can go a long way in soothing the Scorpion’s temper and mood swings. This pair has a great chance of sharing intense romance and passion, too.

If you’ve set your sights on finding love with a Scorpio man, chances are you feel both captivated and confused by his enigmatic allure. The male Scorpion is very difficult to figure out, and until he’s hopelessly devoted to you, he’ll keep you wondering about his true feelings, which can feel like a wild ride. A professional astrologer can be a great resource in helping you figure out what’s going on behind those smoldering eyes.
By consulting an astrologer, you can begin to unravel the mysteries surrounding your potential lover. A gifted psychic can use several tools – such as personalized astrological charts, tarot cards, numerology and more – to help you better understand the Scorpion’s puzzling nature and to fit the various pieces together. They can offer valuable insights, tips and even an honest assessment of the relationship’s chances. Find out what you can to do win the affections of the Scorpio man of your dreams.