The Secret Tips and Love Advice for the Pisces Man

The man who is ruled by the sign of the Fish is an inspiring and charismatic individual. His passion for conversation and the exchange of attitudes is only surpassed by his vision regarding the concepts that will be discussed in future conversations. In fact, that vision thing of his, that crystal ball into what will be, is simultaneously the most enchanting and the most frustrating thing about him. He might be able to describe what future generations will think about the world we live in now, but he will not be able or willing to actually function in that same world of today. You might think that he is out of touch with reality, but the Pisces man is simply feeling removed from our day-to-day reality because he is imagining another world so deeply that part of him resides there.

The Pisces man who is conscious of the day-to-day reality around him is best suited to exist among us when he senses or understands an obligation that he has and sets out to fulfill it. He is at his finest when he is performing a service. This sensibility may manifest as a grand vision in which he sees himself playing a part, or it might be his response to history. How he interacts with others is based on his comprehension of how we as a society got to the point at which we now all reside. If your experience of history or opinion about the current state of affairs differs greatly from his, expect a wild give and take. He might seem a bit ordinary when you first make contact but when given a forum to express his perceptions, watch out. A wave of impassioned intellectual analysis will burst forth from his brain in a manner so charismatic that it matters not the truth of what he states, but the level of agreement in which he submerges his audience.

Finding and Keeping the Pisces Man 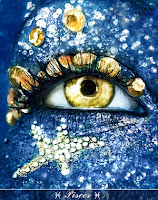 Pisces men can be found on the edge of town. If they are in the center of things, it is at a church or other service organization. Otherwise, they operate on the periphery. Bars and taverns attract the man born under the sign of the Fish as often as places of worship.

To attract a Pisces man you must be like-minded. If you have fundamental lifestyle differences, this is one zodiac sign that is also a “Stop” sign. If you share some of the same interests and inhabit the same establishments as this man, you will already be on his radar. Keeping him engaged intellectually means that you must always have another possibility to propose. He only wants absolutes when it comes to the consistencies in his personal life and belief system.

Once you and your Pisces man are an item, keeping him faithful will require that you patrol the borders. Incoming temptation must be stopped before it can inspire him. The ultimate goal for you should be to become part of his deeply held belief system. If being faithful to you is a touchstone in his reality, as much or more than his artistic and spiritual pursuits, you will have him for life.

Read below to see how a girl with your zodiac sign gets along with a Pisces man before you decide to swim with the Fishes.

The Aries woman is the one sign that will turn him on by knowing more about his favorite subjects than he does. Meanwhile, he taps deep into your unconscious and the non-verbal communication is well understood between you two.

The conversation between the Pisces man and Taurus woman is endless; when it does wind down, the physical connection can easily become an addiction. There is a glamorous side to his edgy existence that attracts the bull like a moth to a flame.

Tension between Pisces and the Gemini woman will be from the verbal and literate Gemini impatiently waiting for the gestural and non-verbal Pisces to play along. Neither of you two will willingly adapt to the other’s method unless there is something irresistible about the other.

Pisces men inspire all the Crabs; the Cancerian woman is more likely to get a crush on a Pisces guy than men of any other sign. You will truly feel like he completes you and that is only with love at first sight.

No matter the workload or commitment asked of the Leo woman by the Piscean man, she will do it for the chance to remain in his good graces. He has the ability to connect with you beyond language and with genuine emotion instead of technique.

The natural karmic partnership of a Pisces man is a Virgo woman and you two should be quite a pair. If you initially find that you do everything opposite, do not despair; you are two sides of the same coin, together forever.

Electric passion can be just the beginning between a Pisces man and the Libra woman. If things veer into a complicated relationship, beware of codependency potholes on the road to happiness ahead. Getting work done early, though, makes for wonderful passion later.

This partnership is quite passionate, especially if there is friction from some exotic element produced by Pisces and a Scorpio woman getting together. Amplify how different you each are and the things you share in common will be the strongest bond imaginable.

There might be a slight envy of the Piscean personality when a Sagittarius woman starts dating a Pisces man. A Sagittarian girl wants to be wanted and yet his charm will be in the way he worships you by doing the complete opposite of what you tell him you need.

Fixing his problems and attending to his desires will make the Capricorn woman feel needed by a Pisces man who seems to need nothing that her world has to offer. The day he says thank you is the day you feel you have him wrapped around your finger, but it may be the other way around.

His visions might finance the dreams of the Aquarius woman, so she should not dismiss the Pisces man’s lack of connection with a structure she understands. It is precisely his fearlessness when venturing into new territory that makes him worth your attention.

The Pisces man and Pisces woman together could really drink the town dry or save more souls than a town full of churches. Finding the balance between excess and avoiding reality will be a great dilemma between you two. But for a temporary partnership, there are few men who will ever intuitively know what you want and how to give it to you.