The Secret Tips and Love Advice for the Libra Man

Loving, warm and compassionate, Libra is one of the most charming of all the zodiac signs. Ruled by Venus, the Libra man is also a helpless romantic who loves the idea of being in love. He’s rarely alone and will often choose a bad relationship rather than none at all. Libra is upbeat, with a positive outlook on life. He loves beauty in any form, along with comfort and luxury, even when he can’t afford it.

As the Scales symbol suggests, Libra seeks balance and harmony, and has a deep sense of fairness and justice. He often takes up causes to help his fellow man or creature and right the world’s wrongs. He expects his partner to take on these lofty causes, as well, and to fully support his efforts. Libra hates confrontation, which makes him fairly easy to please; he generally won’t complain much. On the down side, he may be very indecisive and hard to pin down to an opinion. True to his trademark fairness, he weighs all sides carefully first, and even after he finally does make a decision, he’s likely to change it after giving it more thought.

These same qualities, however, can sometimes make him fickle in matters of the heart. He loves people, and they love him, so he’s often viewed as somewhat of a flirt. He wants a perfect relationship, and if he doesn’t have that with a partner, he’s not above finding a more suitable mate. Once he falls in real love, however, Libra is faithful and devoted.

Finding and Keeping the Libra Man 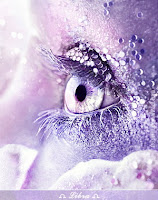 To find a Libra guy, you have to think like he does. Since he loves beauty and creativity, look for him at art galleries, arts and crafts fairs, and museums. Because of his altruistic spirit, you might also find a Libra man volunteering at homeless shelters or animal rescues, or marching in a protest. The Scales also love luxury, so they tend to frequent fine restaurants and hotels, gourmet food shops and fashionable clothing stores.

When the Libra man is looking for his true soulmate, he’s looking for the one who satisfies him emotionally, spiritually, intellectually and physically. For a Libra man to take notice, you need to stand out from the crowd. He’s drawn to beautiful women who have a sense for style and elegance.

Once you have his attention, you’ll have to work to keep his interest. Libra enjoys being flattered, so compliment him often, especially on his taste and style. Give him small gifts once in a while, and send him little notes for no reason. Plan romantic escapades for you and your Libra guy, including candlelit dinners, massages and bubble baths for two. Surprise him occasionally with romantic getaways, even if they’re just short day trips like picnics in the forest or a sunset boat ride. If you use your imagination and creativity, your Libra guy will fall helplessly in love with you!

The Aries woman and Libra man may clash. Libra weighs decisions carefully, while the Ram is impulsive. Aries is also very opinionated, which Libra may never understand.

A Taurus woman may need to go a bit against her nature to make love last with a Libra man. While Libra loves going out and socializing, the Taurus woman is more of a homebody. She also may be a little too clingy for free-spirited Libra.

The Gemini woman has good chemistry with a Libra man. Both signs love people and social gatherings, along with the finer things life has to offer. The biggest problem will be that neither is good at making sound decisions.

The biggest obstacles for love between a Cancer woman and Libra man are usually that she is too emotionally needy, and much too practical and set in her ways for adventurous Libra.

Both the Leo woman and the Libra man love romance and romancing a partner, and they both adore people and social get-togethers. Sometimes, however, the Lion might be a little too controlling for the Libra man.

The Virgo woman and Libra man have very different personalities, and they don’t often mesh well. Libra will find Virgo much too stubborn and critical.

The double-Scales pairing of a Libra woman and Libra man can be blissful. Both partners will promote harmony and avoid conflict, and they’ll have a busy social calendar. The one downside may be that neither will want to take the reins when it comes to making important decisions.

The Scorpio woman and the Libra man will share a lot of sexual attraction, but a long-term relationship may be difficult. Passionate Scorpio often is just too possessive for free-spirited Libra.

The Sagittarius woman and Libra man are kindred spirits. Both signs are outgoing, adventurous and love life. They’re both independent, too, so they’ll understand that trait in their partner.

The Capricorn woman may seem far too serious for fun-loving Libra, and the spending habits of the Scales are not likely to go over well with frugal Capricorn, so there could be some serious bumps in the road for this pair.

The combination of the Aquarius woman and Libra man has the makings for a wonderful relationship. Both signs love people and intellectual stimulation, along with personal freedom. They’ll both allow the other space, while also revelling in each other’s company.

The Pisces woman will need to work on becoming more grounded for this match to stand the test of time. Libra hates making decisions, and it’s often impossible for the Fish to come out of her dream world long enough to do so, which can build tension.

Is there true love in store for you and the Libra man that you desire? The Scales are easy to attract, but they can prove hard to hold – lucky for you, an astrologer can help you do both!

An astrologer can help reveal more about what makes your Libra “tick” and help you figure out whether the two of you are meant for each other. Using custom astrological charts – specific to the dates, times and places of your births – as well as tools such as tarot cards, an astrologer can provide details about your compatibility, plus tips tailored to each of your personalities that can help spark your romance. All it takes is a simple phone call for your astrologer to start guiding you on your path to love.