The Secret Tips and Love Advice for the Capricorn Man

The Capricorn man prefers to live by the rules. Extremely determined and goal oriented, he believes in following well-laid plans to achieve success. Frivolities don’t appeal to Capricorn much, as he is very serious and practical about attaining what he wants most: respect, social status and financial security. He’ll often lose himself in achieving his goals, but he’ll do so with honesty, diligence and integrity.

The Goat is often a loner who permits few people into his inner circle, and many Capricorns are shy to boot. Because of Capricorn’s suspicious nature, you’ll have to prove your trustworthiness before he accepts you as a friend. Once you’ve accomplished this feat, a Capricorn man will be your loyal, dependable, supportive companion. If you ever break the bond of trust, however, don’t count on getting a second chance. The Goat will move on and never look back.

The Capricorn man is often seen as cold and emotionally aloof, but this is largely a protective mechanism. Once he’s convinced that your motives are sincere, he’ll open up to you, although this could take some time. The quality of the relationship, however, will usually improve with age, so hang in there! You’ll discover that the more secure he is in a relationship, the more willing he is to share his deepest feelings.

Life with a Capricorn man may not be a-thrill-a-minute, but he will provide security and stability for his mate and for his family. The Goat isn’t known for having a bad temper, nor is he moody. He is sometimes pessimistic, but the right companion can overcome this and brighten his outlook. Surprisingly, despite their generally subdued nature, Capricorn men are often adventurous lovers who enjoy playful rollicks in the bedroom.

Finding and Keeping the Capricorn Man 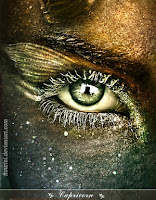 Capricorn men are experts at managing and organizing, and as such, they’re often found at the head of a company or in some other leadership position. A typical Capricorn man may have a job as an administrator, a doctor, an engineer, a “headhunter,” a CEO or a politician. Quiet evenings at home are much more his speed than parties, clubs or crowded restaurants, so it may be difficult to find a Capricorn at the usual singles haunts. But career-oriented functions, professional organizations, charity events or anything that might help further his career or social stature might be perfect venues for him.

Most Capricorn men aren’t superficial, so they don’t look for the flashiest woman in the room. In fact, most Goat guys prefer intelligence and character over looks in a prospective mate, so keep this in mind when trying to get his attention. He wants a life partner who shares his goals and one who will help him achieve success. In view of this, make sure he doesn’t see you as a bimbo. Instead, be quiet, serious and intelligent, and dress conservatively and neatly.

Even if a Capricorn man is attracted to you, you might have to make the first move, and while dating, you might have to be the aggressor. A Goat guy will often become close friends with a woman before considering a romantic relationship with her, which will give him a chance to really get to know her before he commits. Keep him interested by complimenting him with sincere praise and by never tossing a wrench in his plans. Let him see you as a supportive partner as well as a love interest.

It’s easy to get discouraged when you’ve fallen for a Capricorn man. He has a seemingly impenetrable exterior that might take months to chip away. But when it finally erodes, a warm, sensitive man is found beneath the surface – one who will make an excellent life partner and a devoted father.

There’s little doubt that the Aries woman and the Capricorn man will be successful in their careers and in achieving their individual goals, but these two have few other traits in common. Aries may find Capricorn boring, and he’ll think she’s too erratic. They’ll both have to go against their nature a bit if their relationship can stand the test of time.

The Taurus woman and Capricorn man usually mesh wonderfully together. The Goat provides the security the Bull seeks, and both will revel in their stable, dependable relationship and a loving home life. Keeping the spark alive between these two down-to-earth types, however, may take some work.

The Gemini woman and Capricorn man are almost total opposites. Gemini is like ever-changing quicksilver, which Capricorn will never understand. On the flipside, she may have a real problem with his love of rules and traditions. If they do manage to make things work, however, it could make for a delightfully quirky pairing!

Both the Cancer woman and Capricorn man love home and family, but they’re worlds apart when it comes to emotion. Cancer may see the Goat as cold and distant, and Capricorn may think that the Crab is impractical and overly dramatic. Each will need to understand what makes the other tick if they are to build a lasting romance.

The Leo woman loves being in crowds – preferably with all the attention on her, while the Goat is an introvert. With this pair, arguments about money could be numerous because she loves to spend extravagantly, while he’s a penny-pincher. Embracing their differences will be key to beating the odds when it comes to love between these two.

The Virgo woman may make a wonderful partner for the Capricorn man. Both signs are practical, goal-oriented and level-headed, so they’ll understand each other and will work hard together to make a good life. Grand romantic gestures may not come easily to either of them, however, so they may need to work a bit to keep things sizzling between them.

Because she’s so happy-go-lucky, the Libra woman may have a real problem with Capricorn’s somber outlook, and the Goat may consider her frivolous and capricious. It may take some work for these two to really “get” one another.

The Scorpio woman and the Capricorn man are both slow to trust and commit, so this relationship will take some time. Once it does, it will be beneficial to both parties. Scorpio’s intense passion will provide Capricorn with the emotional security he needs, and his undying devotion will make her feel truly loved.

These two opposites don’t bring out the best in each other. The Sagittarius woman is all about having fun, while the Goat is focused on responsibilities. Her free-spirited independence can make him feel insecure, and she may feel smothered by his possessiveness. Needless to say, a relationship between these two will take some work.

The Capricorn woman and Capricorn man will have a deep understanding of each other, and with their determination and work ethic, there’s nothing this pair can’t achieve. Their biggest problem might be that they’ll become so wrapped up in their responsibilities that they never take time out for fun.

Creative and adventurous, the Aquarius woman may find the Goat a little boring, and because of his possessive nature, the Water-bearer will often feel trapped. It may seem that she’s simply too free-spirited for the traditional Capricorn man. Both will need to step out of their comfort zones a bit to find common ground.

The Pisces woman and Capricorn man are very different, but they often complement each other well. The Goat can help ground the Fish and bring order to her life, and Pisces will help Capricorn express his feelings.

If you’ve decided that a Capricorn man is right for you, you’re probably in for a lengthy courtship before you finally win him over. The Goat builds and maintains a wall around himself, and you might find it almost impossible to breach. A professional astrologer can be a great resource to have at your disposal as you try to build a romance with your Capricorn man.

All Capricorns aren’t exactly alike. The major elements in their personalities are influenced by a number of astrological factors, including their rising sign. An individual’s rising sign changes every two hours and depends on the exact time of birth. An astrologer will take this into account when creating custom astrological charts for both you and your intended partner, which may help you discover some amazing information about your compatibility. He or she may also turn to Tarot cards, numerology, and other tools and techniques.