The Secret Tips and Love Advice for the Aries Man

Your attraction to the Ram is understandable. He moves through the world on his own terms and makes commitments that are adhered to. His good looks are complemented with a nice athleticism that makes him look physically fit and hunky even when he might have stayed away from the gym for quite some time.

His natural independence makes him a real “catch” as well, as it may appear that he prefers to wander instead of settling down. In all this descriptive language, though, the sincerity and simplicity of the Ram cannot be overstated. You can guarantee you are getting exactly what is advertised. Check him out and you will discover that what you see is all you get.

The Aries Man: Care and Maintenance 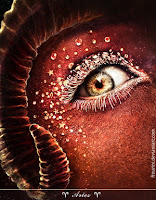 When you want a jolt of non-stop energy and a curious mind that never stops analyzing and connecting the dots, you are looking for an Aries. When you are interested in someone who will respect your space and your individuality, an Aries man is hard to surpass. If it is acceptance that you crave, along with some distance to balance the intimacy between you two, an Aries man is quite suited for your needs.

Holding on to his affections might seem impossible at first; understand that if you can adjust your expectations, you will realize that he is already meeting most of what you want in a partner. Aries men are turned off by clingy women, needy partners, and a lingering invasion of their private spaces and time.

Every Ram needs a little area in the universe to call his own. If you can leave him alone when the need for his journey of brooding arises, you will have his heart. He seeks the reassuring tranquility of partnership and yet he still needs a respite to be one with the universe; and that One-ness means “One alone.”

None of this, though, has to affect a love relationship. In fact, a strong woman understands the need for space. A clingy woman, a needy woman – these appear to be unresolved people in the eye of the Aries man.

Look up your sign below to see how you can find a Ram who’ll stick around. Whether you are partnering up for passion or practicality (or both), your sign may have some traits he finds irresistible. Read how to emphasize them as you begin your Aries chase.

Read below to see how a girl with your zodiac sign gets along with a Ram man before you decide to lock horns.

He might be as elusive as anyone even before the chase begins. It is up to you, Aries woman, to be the thing that he most desires. To do so, celebrate his vision of liberation from the norm.

Make it understood that there are rewards only to the man who respects the boundaries you establish and he will come around to prove he is the one. The Taurus woman can be demanding of everything but his time.

The endless conversation and social entanglements will bind you two. He may not see the Gemini woman’s dual nature as quite honest, and you will have to avoid mistaking his concrete reality as a lack of intellect.

The Cancerian woman should avoid the trap of assuming his single-mindedness is something to be stereotyped. You compartmentalize him at your own risk. Be open to adventure and understand that he does not want to stay home every night.

Leo ladies, your passion could blind you to mundane realities. This exciting partnership often gets off to an amazing start and then can only compensate for a lack of energy down the road with unnecessary drama. Provide him some peace once in a while.

The most likely romance between you will be work-related, Virgo woman. If you are put together to work on a specific project, your goal will be the glue that bonds you. Can you make a life of happiness your next big collaboration?

The tension you feel around the Ram is the scent of something taboo. Look deeper, Libra woman, and you will see that all of the common things you share have a taint of the forbidden about them – hence the magnetic attraction between you two despite all warnings.

Most relationships are lots of talk and not enough action. The Scorpio woman’s affair with a Ram will be exactly the opposite: All action and little conversation. Get to know each other before it gets too deep.

The Ram will fixate on some point about the Sagittarius woman, which cvould be something you love about yourself – or not. If you can satisfy his fixation, though, you will be absolutely worshipped by him.

Capricorn woman, it is much more likely that an Aries man will be your rival for a position at work or in a club than it is that you two will fall in love. But this natural tension does produce an intense and physically exhilarating passion between you two.

Aquarius woman, you shine on the arm of a Ram, but if you have the idea that you want to be your own person, make sure his attitudes about advancing through the ranks are in tune with your worldview.

Speaking up about your worldview will make him much more interested in you, Pisces woman. The fact that you two share a common bond that runs this deep should make your pursuit of the Ram that much easier.